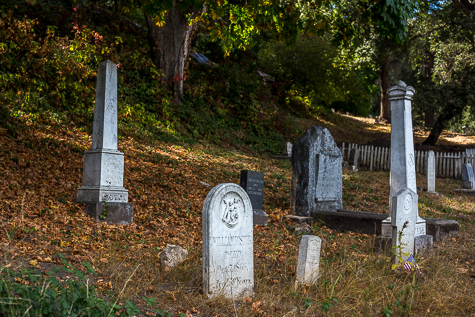 I was lying in bed with Dixie. It was morning. We were engaged in what we refer to as cuddle therapy, which basically means putting off the day’s chores by remaining in bed an extra half hour. We usually laugh a lot during this time. We recount any dreams that we remember. It’s a cozy time. Low stress. At least it usually is. But that morning, as we lay knotted around one another, yawning ourselves awake, Dixie said:

“Hey, Honey? You have a dark spot in your ear.”

“Dark spot? What do you mean dark spot?”

“Describe it to me. Is it a mole? Does it have irregular edges? Is part of it dark and part of it light?” I extracted myself from our embrace. Pulled a bookmark from the drawer of my nightstand. Thrust it at her. “Does it look like THIS?”

The bookmark I’d thrust at her was one I’d been given at the Dermatologist’s office some years back. It shows you what moles to watch out for, what moles are signs of melanoma. I’m terrified of melanoma. My father died of it.

“Um. Kind of?” Dixie said, knowing my predilection for hypochondria.

I flung back the blankets and charged to the bathroom, trying to get a look. Which was impossible due to it being in the bottom bowl of my ear. Then I made Dixie take some pictures. Again, the angle made it impossible to get a good look, but the look I did get, well, it looked exactly like melanoma.

That afternoon, I was down at Kaiser for a Telederm appointment. I’ve had these before. It’s basically a super-duper photo of your skin. The lens is so accurate, it actually defines the individual cells. Or that’s my understanding of it. Later in the day, I got the call. The dermatologist wanted to see me. Only the next available appointment wasn’t for a couple of weeks. Shit!

Spoiler Alert: It wasn’t melanoma. And I pretty much knew this before my appointment, because I have a friend who’s a doctor, and, after a few days of me totally freaking out, Dixie suggested I call her, which I did, and she looked at it, and said it looked more like an injury than a melanoma.

But here’s the thing. For those few days before I saw my doctor friend, I contemplated my death. Now, I’m always contemplating my death. I always have. But during that time I’d also been writing about my obsession with death, about my relationship to it, how this relationship has shaped who I am. Which might be why I spiraled so deeply into this morbid hole. Because I’m telling you, for those two days, my impending death was all I could think about. I told Dixie, who is so loyal, that I wanted her to mourn me, yes, a lot, yes, but then to find someone new. To which she just said, “Really, Clifford? You’re going to go there?” I scoured my soul for any regrets I might make right. I thought about how I would be the first of my siblings to go, and how it would affect them. How hard it would be on my mother. I said goodbye to my garden, my palm tree, my earthly belongings. But mostly I asked myself: So, knowing my time is limited, how do I want to spend my last few years? Because that’s how much time Mr. Google predicted I would have after diagnosis. And here’s what came to me. I wanted to be present in every single moment: to savor that first sip of green tea in the morning, to listen to the birds in my backyard. And I wanted to take more time for my friends, to find opportunities to love more. This realization filled me with such a sense of gratitude, that I began to think of that dark spot as a gift. I even called it the gift in my mind.

The official visit to the dermatologist confirmed what my doctor friend told me. Of course, by now the injury was mostly healed, revealing just a regular mole underneath, which she suggested I get biopsied just in case it’s a basal cell. But my death scare is over. Ridiculous, I know. Because any of us could die at any second. But I want to hang onto that gift. To remember to cherish each moment, and to find reasons to love.

So that’s it for today. Remember to live the love! I mean seriously, what else do we have?

Leave a Reply to James B Simmons-Cox Cancel reply