The Power of Belief: A Holiday Tale 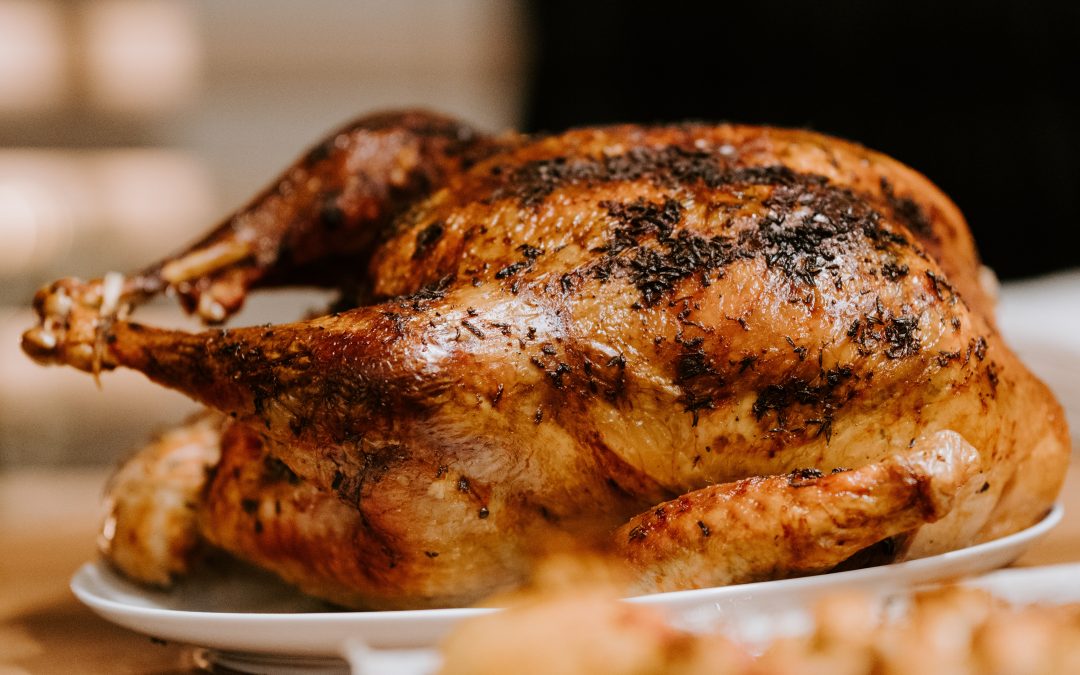 They say that to change someone’s belief about something, you need to change all the other beliefs holding it up, aka: the scaffolding of that belief.

It started years ago with Dixie’s mom sending us a Greenberg smoked turkey every Thanksgiving. Once a small family business in Tyler, Texas, Greenberg’s was catapulted into fame in 2003 when Oprah put it on her list of favorite things, and gave one of their turkeys to everyone on her show. But we loved those turkeys even before Oprah did. They made our Thanksgivings so easy—and tasty! We’d cut some slices, make a couple of sandwiches, and spend the day in some beautiful place. Our idea of a true holiday. The following days we’d make turkey soup, turkey tetrazzini, white turkey chili and freeze it up for good eating throughout the winter. Then: disaster. A few weeks before this year’s Thanksgiving, Greenberg Smoked Turkey Inc. exploded in a huge fire. They lost 87,000 turkeys. A nightmare for them; a true sadness for us. What were we going to do?

But, if we’ve learned anything from this pandemic, it’s how truly adaptable we are.  We decided to order locally. (Greenberg Smoked Turkey Inc. is in Tyler, Texas. We are not.) Did our own Corralitos Meat Market carry smoked turkey? I called. They did. Whahoo! The tradition would continue. Well, not exactly. We were branching out, maybe even creating a new tradition. We ordered a smoked boneless smoked turkey breast to be picked up the Tuesday before Thanksgiving. We were stoked.

The drive from our house to rural Corralitos is a beautiful one, so we made an afternoon of it, taking back roads through fields of strawberries, Brussels sprouts, artichokes. When we got there, not surprisingly, the small market was packed. We grabbed a number and waited our turn. Our butcher turned out to be the new guy. He seemed a little confused about the whole preorder thing, but after asking a fellow butcher, he came out of the back refrigerated room with a huge smoked boneless turkey breast. We’d never gotten a boneless turkey breast before and were surprised by its size. It was huge. Ah, well. Lots of good cooking ahead, we thought. We watched him wrap it up. Watched him label it. We also picked up a couple of smoked turkey legs for a friend. All and all, a day well spent.

My first thought cutting into the turkey breast was, Hmm. This skin is very different from what we’re used to. They must have a different smoking technique. My second thought was, Hmm. The meat is pinker than most turkeys I’ve eaten. And again: They must have a very different smoking technique. Later, when we were eating our turkey sandwiches Dixie and I both marveled at how very unlike this smoked turkey was to what we were used to. Delicious, but oh so different. I swear to God, it wasn’t until the next day, when we were enjoying our smoked turkey breast again, that Dixie ventured, “Um, Clifford? Do you think this is ham?”

They say that to change someone’s belief about something, you need to change all the other beliefs holding it up, aka: the scaffolding of that belief.

So, my thought for today is this: during this time in history, when our country seems so divided, can we dig down to the rebar of some core beliefs, that are upholding all our scaffoldings, where we might unite? And from there rebuild a country we can all believe in? All be proud to live in? It’s a tall order, I know, and will take from each of us some serious soul-searching. But seriously, something has got to give. Ham is not turkey. No matter what the label says. What’s a core belief you would choose to begin this rebuilding? I want to know. I do.

That’s it for today. Remember to live the love. It’s all we’ve got. And happiest of holidays to you. May you stay safe as you shelter in place. And FYI: Despite the mixup, Corralitos Meat Market is awesome!