The Glorious Hard Truth of Making Art, or A Painfully True (and slightly funny) Story 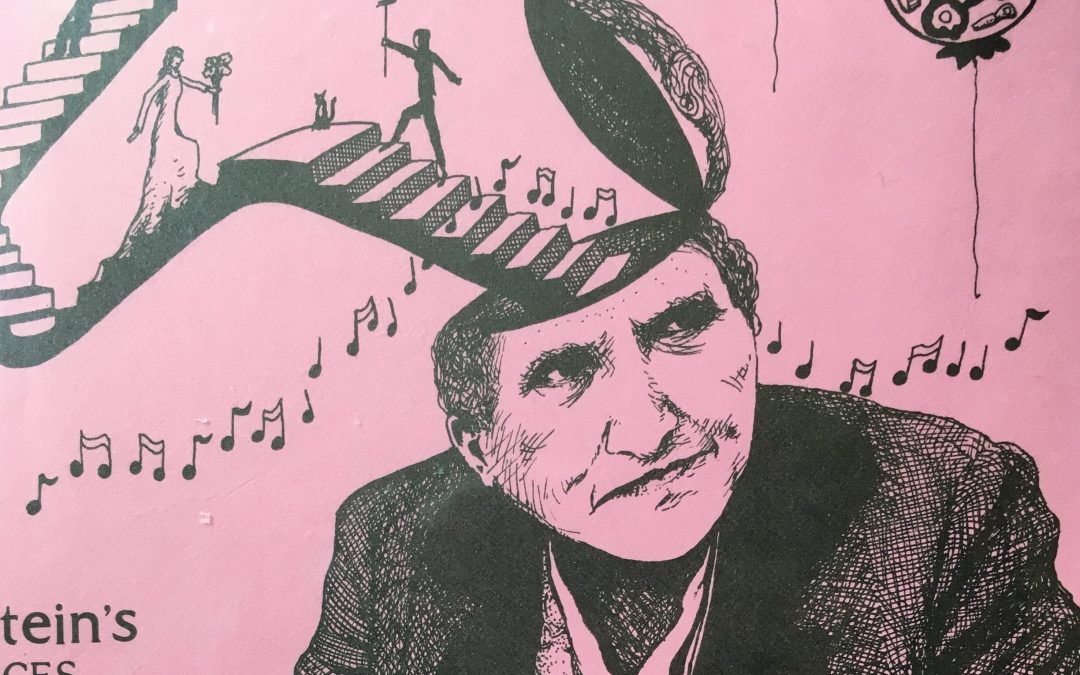 My intention when I made the move from Santa Cruz to the big city was to become a famous actor. I was not alone. A bunch of my drama-major women friends all made the same move, using the same misguided logic: we were super stars at the university, so we were sure to be superstars in the world!

But now we all have crappy jobs and are barely getting by. Not a one of us is famous. We haven’t even been cast! We can’t afford the glossy 8×10 head shots required at auditions. Sometimes we can’t even afford the bus fare to get to the auditions. In short, we are disillusioned, depressed.

But does this stop us? Hell no! We’re young, clueless, and we love the theater! So three of us decide to produce and direct our own play. (None of us have ever directed or produced.) We find a venue. It’s called the Valencia Rose, and it’s in the Mission District, where I live. The Mission District wasn’t trendy like it is now. It was where you lived if you didn’t have much money. But that didn’t stop gay activists Hank Wilson and Ron Lanza from purchasing a defunct mortuary and turning it into a fabulous cabaret theatre smack in the middle of it. They painted the building Pepto-Bismol pink, turned the chapel into an adorable theater, and the embalming room into a vegetarian restaurant (where we can’t afford to eat). They hosted a regular gay comedy night among other things. (For more about the history of the Valencia Rose, and it’s interesting, check out Marga Gomez’s blog.) After booking the theater, we go to a show to see what it’s like from the audience perspective. Someone we’ve never heard of is performing her one-woman show. Her name is Whoopi Goldberg. She’s hilarious! Inspired beyond words, we decide to call ourselves Orca Theater. Everyone asks us if this is an acronym. It is not. We just like killer whales. We decide on two plays: Gertrude Stein’s Women’s Voices and Circular Play. They are both pretty short. We cast our friends. If you have ever read Stein’s plays, you know they are… um… a little abstract, a little cubist. We decide adding music will help make her more accessible and talk some musician friends from Santa Cruz into make the two-hour drive up for rehearsals.

But where to rehearse? Remember, we have approximately no budget. We hold our first rehearsals in Golden Gate Park by the windmills. But we really need somewhere indoors. Especially when it rains. One of the actors, the only one with a real job, has a small fresh orange juice business in Oakland. We bundle up and rehearse in her chilly warehouse, stacking crates of oranges for chairs, but one of our actors gets pneumonia. So we make a deal with a dance studio in San Francisco: we can rehearse there after 10 PM in exchange for painting the studio after our rehearsals. We rehearse until midnight, then pick up the rollers and paint brushes and begin painting. One wall is a giant window with approximately a million tiny panes.

By day, we go to our crappy jobs. At night, we start all over again. We never sleep.

In retrospect, the piece we created was brilliant. A mixture of dance and theater and live music and Gertrude Stein’s enigmatic language, it played for two glorious weekends. We even got a review in the Bay Guardian. It came out the day we closed the show. The “Four Women of Orca”

But there is one thing that bothered me even more than the lack of recognition: the severe lack of audience members. Oh, a few folks came, people that knew us or just randomly walked in or who were trying to support the venue. That’s right, in all of our scheming and rehearsing and set building we’d neglected one thing: publicity! No one knew about our play! Ag! Our university training hadn’t prepared us for the real world.

It was a hard lesson to learn, and I’m sorry to say I’ve had to learn it again and again. Product alone does not fill the seats or sell the books.

I still struggle with marketing today. Oh, I can market other people’s art. And do. But marketing myself? Ew. But it’s part of the package of working in the arts. You’ve got to get out there on the metaphorical (and sometimes not so metaphorical) street corner and bang your metaphorical little drum. Buy my book! See my play!

Which, speaking of banging a little drum… Some years back, my wife Dixie and I were returning from a disappointing turnout at a book reading in San Francisco. I’ll spare you the details, but know, this time it wasn’t my fault. The woman who’d set up the event hadn’t done her marketing homework, and, unbeknownst to any of the authors (there were five of us, all toting bags with our books hoping to make a sale) she’d tacked an open mic onto the end of program, which, due to next to no marketing, was already lacking in audience members. Then to really kill the mood, a self-absorbed guitar-wielding lesbian and her friend in the back who yelled “One more! One more!” after every single self-absorbed song pretty much drove off anyone who might possibly have wanted to buy a book. Meanwhile, we the authors couldn’t leave because the open mic took place in front of the book table where all our pretty books were so sweetly displayed. It wasn’t pretty, I’m telling you, and I wasn’t the only author who was frustrated.

But  that night, as we walked through The Castro, me dispirited, Dixie kindly toting my little bag of unsold books, she yelled out “Lesbian novels for sale! Really great lesbian novels for sale!” I can’t say we sold any novels that way, but she did make me laugh, and certainly gave me one more reason to love her.

So, that’s it for today. Remember, Live the Love! It’s all we’ve got!