Some Thoughts About Blood 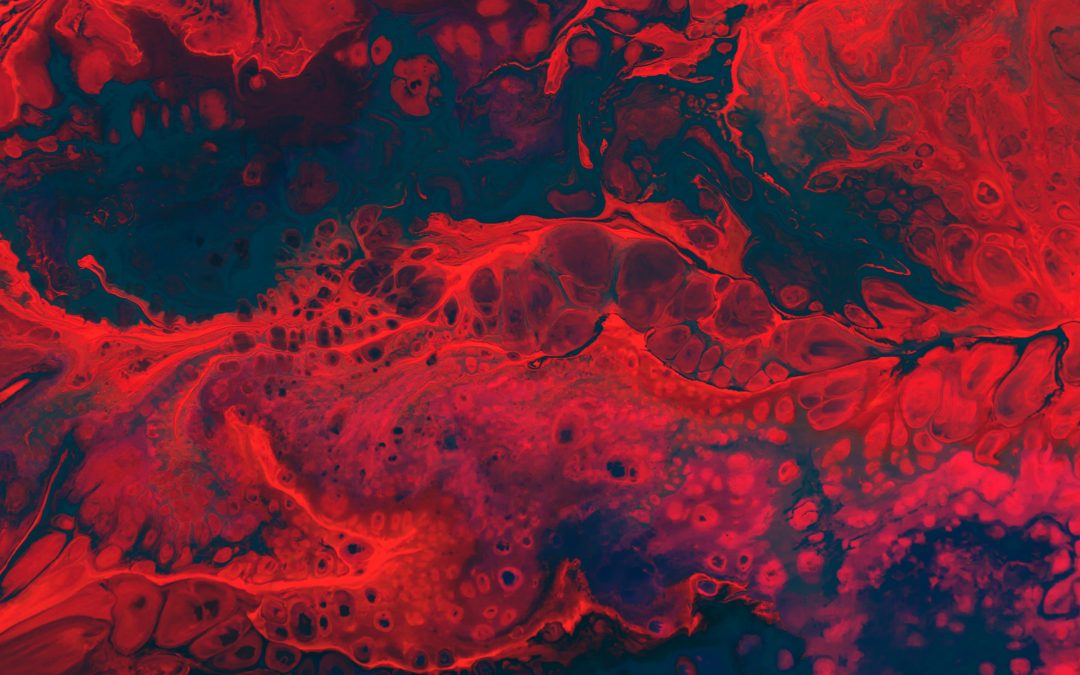 I am sitting in my dining room, eating a bowl of oatmeal with raisins and apples. It is morning. I am perusing my latest issue of the New Yorker and come across a review (by Jerome Groopman) of Rose George’s book Nine Pints. The first paragraph is all blood cells and platelets, proteins and bone marrow. I admit to being a bit squeamish about blood, but find the review fascinating. I didn’t know that blood cells are constantly being renewed by stem cells in our bone marrow. Nor did I know that “The iron in our blood comes from the death of supernovas,” as she says in her book, or that every day the blood in our body travels some twelve thousand miles. Anyway, it’s got me thinking about blood.

I am on a field trip with the rest of my first grade class. We are at the Franklin Institute in Philadelphia, a science museum. It houses a giant replica of a human heart. It’s so big you can walk through it. And it beats—ta dum ta dum ta dum—endlessly, and stringy, quivering veins drape all around me, like webs, in its dimly lit tunnels. I am terrified and buck the tide of my classmates to exit out the entrance. The only excuse I have for being such a scaredy-cat is I am younger than the rest of my class. There was no room in the kindergarten so they stuck me in first grade. I have no idea what to do with all these children. And I hate this heart.

My father was a renowned nephrologist. He was also the father of hemofiltration, which helps thousands of people, worldwide, who have kidney failure, purify their blood of things that, if left unchecked, will eventually kill them. At home, he used the filter from the hemofiltration machine to filter his beloved fish tank. He was like that. Had a quiet sense of humor. If you look closely at some of his publications, you will see a strange footnote which read JC (Jesus Christ) or M.Mouse. He did this to see if anyone ever actually read his footnotes. My father, he knew blood. He was my blood.

My very first period started in a tennis class. I was wearing white shorts and a long white t-shirt. I was the only girl in the class. I pulled my shirt down to cover my shorts and walked slowly to the bathroom, not even bothering to tell the teacher where I was going. When I got home my mother outfitted me with a belt and pad and sent me back to tennis the next day. All I could think about was that huge pad between my legs, and all those boys. When I told her I hated the pad, that it didn’t work, she introduced me to tampons, and showed me how to dip the tip into hand cream to make them go in easier.

I was stuck living in New Mexico with my artist girlfriend. We were beyond broke. We were broken down. Breaking. To keep warm we had to cut cypress trees off the BLM land to burn in our wood-burning stove. It was my first time to use a chain saw. I hated cutting those short, scrappy trees. It took so much for them to take root in that hard soil, and now with the help of gas-powered steel blades, we were massacring them, uprooting the homes of who knew how many desert critters. But we needed the heat. Back at the house we were renting, a house made of plastered-over railroad ties that stank of creosote in the summer, we were, stupidly, cutting up the knobby wood we’d harvested on a table saw when her glove got caught in the revolving blade and pulled her hand into its razor-sharp whir. Through massive amounts of blood, she was able to make out that the blade had grazed three of her fingers. The closest hospital was thirty minutes away. We wrapped her hand in a dishtowel and I drove us in our ancient Volvo, only I was so freaked out I forgot to check the gas gage and we ran out of gas halfway there. I jumped out of the car and stuck out my thumb. The first car pulled over. A nice man. He put pedal to the medal to get us there fast. Even ran a red light. Then a bit of luck. A hand surgeon happened to be on duty. Once my girlfriend’s hand healed, we broke up. But she kept all her fingers. To this day I remain grateful I didn’t have to search for pieces of her fingers in the sawdust.

Here is a very short story I once wrote about blood. Warning: it’s kind of dark.

The Thick of It

Blood spreads across the new Berber carpet, the one Walter finally agreed to pay for after all those years of your begging. Ironic, you think, as you watch the pool of blood expand with each heart pump—the tasteful taupe giving way to gaudy crimson—that you finally got the carpet only to destroy it. You wonder if the blood will go so far as to reach the couch leg. Then think, Who cares? It’s a stupid thought. Especially when there is so much else to think about.

Like the blood’s gelatinous texture, the saturation of its color, its sharp, metallic smell. So different from the wimpy thread of watery, pinkish-red produced from a paper cut or nicked knuckle. Even the time Walter almost cut off his finger was nothing like this. No. Blood of this volume has a will of its own, seems conscious, as if making the choice to evacuate while it still can.

You do love your husband, not that anyone would believe it under these circumstances. You wouldn’t believe it yourself. Not walking in on this scene. But Walter is a good man—temper and all. He just never takes responsibility for his part in your fights, always taking the easier path of blaming you. And you’ve let him, never pointing out that his perceived failures could be avoided, that his bid for city council could have been won if he’d just listened to his constituents, that his relationship with his daughter could be a source of joy if he would just learn to love her for who she is, that the housekeeper wouldn’t keep “skulking off to the laundry room” if he would just quit barking orders at her. Yes, you’ve held your tongue so many, many times. Until today. When you refused to back down.

Mags, your grey tabby, distracts you. She is cautiously approaching. She stands at the very edge of the pool of blood so as not to soil her milk-white paws then bends down to sniff, backing up as the blood oozes toward her. She ventures a single lick. Poor thing must have been scared by the gunshot, you think, must have hidden out under the bed or behind the fridge with the dust bunnies during the scuffle. You watch curiously to see if your kitten will take a second lick and are rewarded to see her tiny pink tongue begin to lap up the thick, burgundy puddle. In the end we are all feral, you think, all creatures poised between life and death, fighting to survive; savages all, even if we choose to mask the truth in expensive clothes and cars, in appointments and crossword puzzles.

A loud knocking sends Mags scampering off. Who is it? you wonder. You’re starting to feel woozy, disoriented.

You try to identify the voice, but can’t. Could it be the police? So quickly?

Whoever it is has moved on to Plan B and is kicking in the door. Flimsy door. How many times have you asked Walter to change it out? Told him it was made to be an interior door? But it doesn’t matter now. The door will be ruined after this.

A final bang, and the door slams open into the bookshelf. Something crashes to the floor. Your antique Chinese mudmen figurines? You’d killed the bonsai—not enough water, or too much, you were never sure—but couldn’t get rid of those little bearded guys on their never-ending fishing trip. So serious about life and catching those fish. You liked to picture their tiny wives and tiny children, their tiny towns dotted with tiny pagodas…

You recognize the voice as your neighbor’s. He’s a plumber or electrician or something. You watch his black boots skirt the edge of the blood, stop briefly, then charge through the sticky mess to get to you. You’re sad to see the pool disturbed, sad to see it sticking to the souls of his boots. That’s mine, you want to say. Mine!

You feel his breath against your neck, feel him lay his head against your chest, the knees of his dungarees soaking up more of your blood.

So those are today’s thoughts. Make of them what you will. It’s been raining for days. Cloud blood? Oh, and one more thing I learned from the article. Besides her glorious head of snakes, Medusa had two kinds of blood. On her left side, the blood was lethal. On the right, life-giving. There’s something to think about.

So that’s it for today. Remember, live the love. It’s all we’ve got.