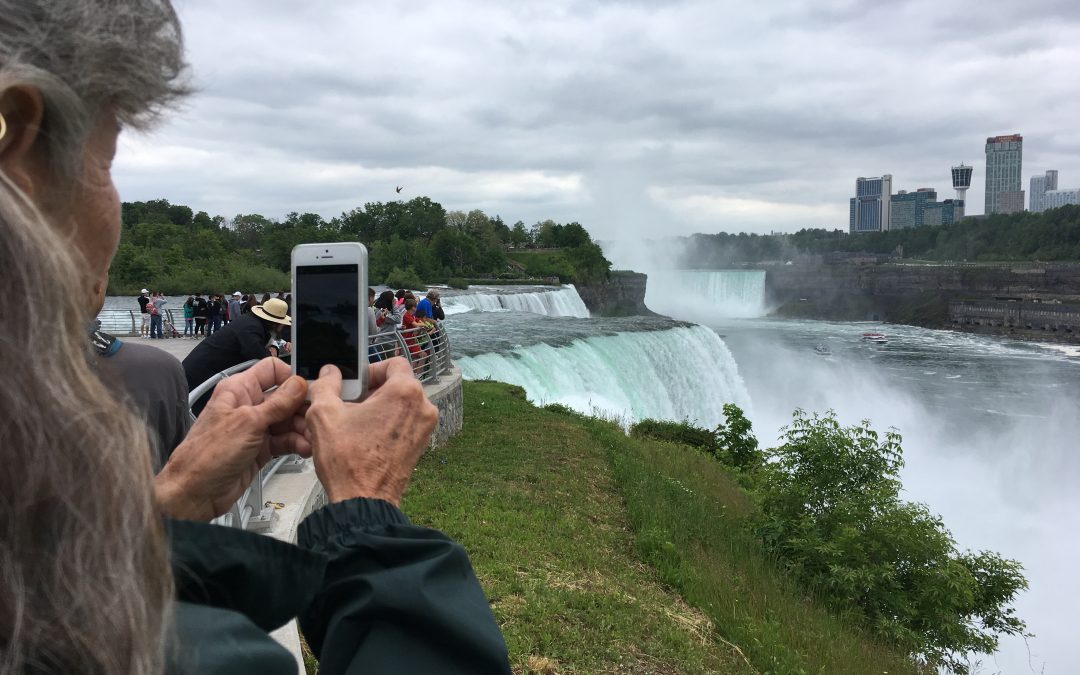 At the start of this road trip, there were certain things I really wanted to see: Big Bend National Park in Texas, Niagara Falls, Yellowstone; and so far they have all lived up to the hype, though I wasn’t prepared for the heartbreaking poverty in the city of Niagara Falls (60% on welfare!) and we haven’t reached Yellowstone yet. But it’s the things I wasn’t expecting, the things we just happened upon, that are turning out to be the real gems of this trip. Most recently, they include Effigy Mounds National Monument and Pipestone National Monument. Maybe you’ve heard of them. I hadn’t.

Effigy Mounds National Monument is in Iowa, next to the Upper Mississippi river, though the mounds themselves can be seen throughout Eastern United States. They are ancient burial grounds attributed to an ancient people we call, appropriately, the Mound Builders. They thrived for some 5000 years. (1400-750 B.P.) What is known about them is mostly from archeology, from people digging up the mounds, which were created in the shape of bears, birds, turtles, bison, lynx, deer and other animals. What I will tell you about them is this: you could walk right by a mound and never know it. They are subtle, beautiful, and only if you were really paying close attention would you notice the carefully shaped hillocks. (I gather from the air they are much more visible.) Look closely and see the mounds

Pipestone National Monument in Minnesota is another gem I could have walked right past without understanding its historical and spiritual significance. I no doubt would have stopped to snap a photo of the waterfall, maybe even sat down to listen to it, but I would have had no idea that it was, and is, considered sacred ground by many Native Americans due to the vein of soft red stone tucked between layers of the much harder Sioux quartzite. They still quarry there—are the only ones legally allowed to—using only sledge hammers, pry bars, and chisels to get to the stone once considered to be the blood of their ancestors. They use the pipestone to carve into ceremonial pipes. Evidence suggests they have quarried there for 3,000 years. Even enemy tribes laid down their arms and worked side by side. Had it not been a National Monument, I never would have known. The waterfall at Pipestone

So what other bits of history am I unknowingly treading on? And someday, hundreds or even thousands of years from now, when our descendants start excavating headstones and digging up caskets, will they call us the granite stone people, or the box people? Because let me tell you, on this trip we have passed tons of old graveyards! Or maybe they’ll observe our fracking sites and come to the conclusion that we were a people that worshipped oil.

I did get a chance to visit the gravesites of my two grandmothers, Clifford Sellers Henderson, who is buried in Lexington, Virginia right by Stonewall Jackson, and Mary Margaret Clarkson, buried in Ambler, Pennsylvania. My ancestors. It meant a lot to see these sites, and to remember these two women who I was named after.

But years from now? What will people think? At the grave of my grandmother, Clifford Sellers Henderson

It may interest you to know, I’m writing this from the Pine Ridge Lakota Reservation in South Dakota. We are staying at Prairie Wind Casino and Hotel. (Only our second time in a hotel.) Electricity! Hot showers! Swimming pool! Hot tub! And, best yet, laundry facilities! Lucky lucky us.

And, as always, don’t forget, live the love. It’s all we’ve got.