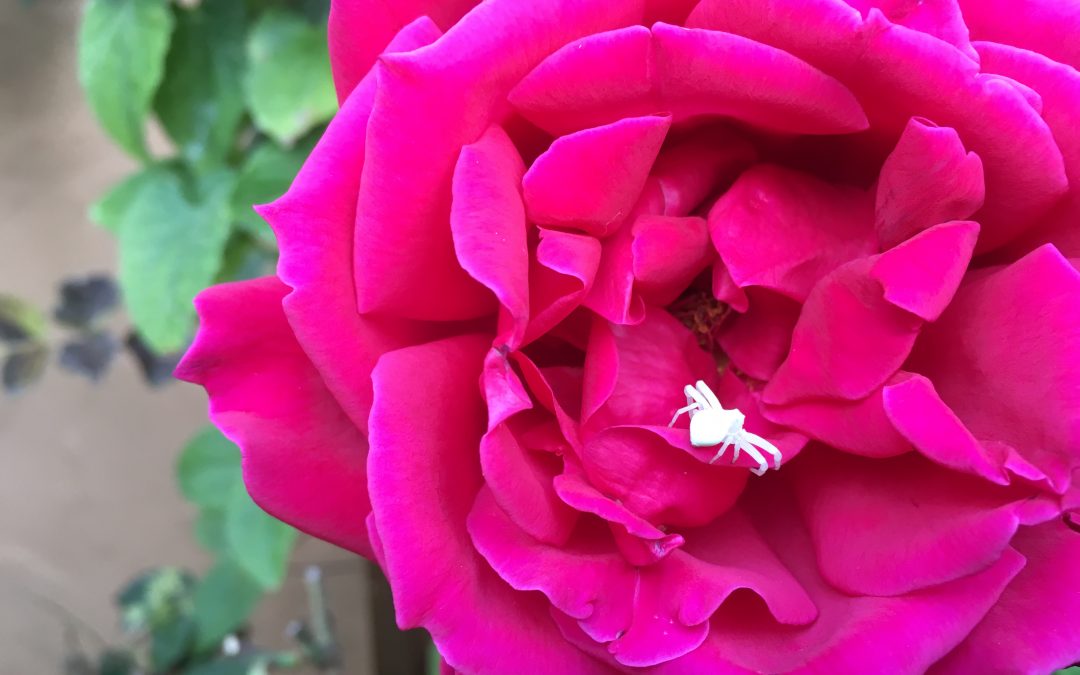 The other night I was watching an episode of my new, favorite TV show, The Repair Shop. If you’ve never seen it, let me just say, it’s perfect Pandemic entertainment. It’s educational, predictable, and, as Dixie pointed out, full of nice people. It’s a place where cherished, broken heirlooms are easily and happily repaired. People tear up when they see their painting, rocking horse, butter churn fully restored. They say things like (insert British accent), “My mother, God rest her soul, would be so chuffed to see this clock restored! It was damaged in The Blitz. Just seeing it brings me so much closer to her.”

But I’m not here to talk about The Repair Shop—though I could. I swear, it’s a balm for my frazzled soul. I’m here to talk about verbal tics. You know, those little verbal hiccups we sprinkle into our speech. You see, while watching an episode of The Repair Shop, I noticed an overuse of the word absolutely. Everything was absolutely damaged, absolutely going to need a careful going over, absolutely an important article to the family. The thing is, overusing a word causes it to lose its meaning. Not that I blame them on the show! Part of what’s so charming about it is that none of the experts are TV personalities. In fact, there is the feeling that being filmed is kind of an intrusion for these charming bunch of masterful introverts, that it stresses them out, so of course the verbal tics are going to show up. That’s often when they do.

Years ago, I was one of three people interviewing a possible candidate to take over my job as a high school drama teacher. I, personally, had recruited a number of the applicants, knowing them to be excellent thespians (I just had to use that word), but there was one fellow in particular that I knew would be great. How frustrated I was then to watch him shoot himself in the foot with an annoying verbal tic. “I, you know, studied with Lee Strasberg, you know, and his work, you know, I think would be very useful, you know, for high school students.” It was brutal. My fellow interviewers were looking at me like Where did you find this guy? See, they didn’t know who Lee Strasberg was. They didn’t know that his work would be great for high school students. Basically, the verbal tic lost him the job.

You know is a common verbal tic. I was recently beta-reading for a friend who tried to write the tic into his novel. One of his characters was always saying it. I tell you I was ready to shoot that character by the time I hit chapter two. It’s not that you can’t write them in to dialogue, but you have to be careful. A dash will do you. Trust me.

There are two verbal tics that are on the uptick here in California. Maybe where you live too. This one particular tic generally precedes a sentence. People say, “Yeah. No. I talked to her last week.”; “Yeah. No. I’m heading that way now.”; “Yeah. No. You’re going to love this recipe.” Listen for it. I bet you’ll hear it, either coming from your own mouth of from the mouths of others. What does this Yeah. No. mean???? It means nothing. Or does it mean nothing? Maybe it’s a reflection of our collective schizophrenia, or maybe it’s an indication that you’re not really hearing what the person you’re presumably responding to said. Seems kind of dismissive to me. I’d love to hear your thoughts on it.

And this second verbal tic is one I myself am trying to banish from my lexicon. It’s one that I absolutely feel is a reflection of our culture, at least here so close to Silicon Valley. At first, I thought I was the only one afflicted with it. Then I noticed Dixie saying it to. Then I noticed other people saying it. Pretty soon I realized it’s ubiquitous around here! It’s this one: “Let me just get you that, real quick.”; I’m just going to make this call, real quick.” What’s with the real quick? What’s the hurry? You got a steamroller chasing you? Why this assumption of collective impatience? Is the world moving too fast for us? Aren’t some things best done slowly?

That’s one of the reasons I like The Repair Shop. They appear to have the time to do the job right. Who knows what’s happening off screen? “Places everyone. Come on! Let’s move it! Real quick! Come ON!”

So, those are my thoughts for today. Kind of petty. Kind of not. Thanks for listening. Remember: take time to Live the Love. It’s all we’ve really got. And by all means stay healthy. The world needs you.

Oh, and the photograph? I took it some years ago in my garden, on a day I took the time to look.