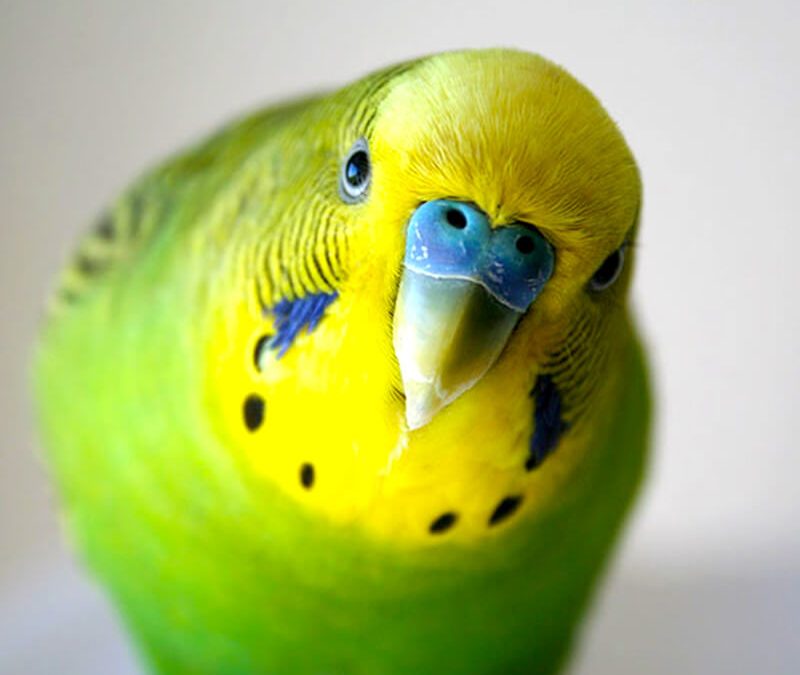 I’m sorry I did what I did. You were a good parakeet and very little trouble. But remember, you were thrust upon me, as, I suppose, I was thrust upon you. I’m sure life offered you few choices. I’m sorry about that. I picture you, baby budgie, being snagged in a burlap bag in Australia and brought to a pet shop. Or maybe, like so many budgies, you were bred in an incubator and never knew life outside the cage. Regardless of your origin story, I’m sure you remember you came to me via my new stepmother, who felt it was a good idea, on my nineteenth birthday, when I’d just moved into my first off-campus apartment with a boyfriend who was already sleeping around on me—a temporary relationship and a temporary home—to gift me with a little green parakeet. I don’t know what she was thinking. I’m sure I’d never mentioned wanting a parakeet. No doubt I made some positive remark about her parakeets, this, because my father was always urging me to be nicer to her. And I’m sure my father thrust upon her the notion that she needed to act like a mother figure to me, which had to be tough. Before becoming his wife, the only other expectations thrust upon her had been secretarial in nature.

Honestly, I had no idea what to do with you. I named you Hulk as a joke. But I came around. You were easy to care for, and sometimes made sweet little sounds. But mostly you just sat quietly on your perch. You never wanted to leave your cage, even though I always kept the door open in case you felt like joining me while I worked on some term paper or hung out with friends smoking pot. But you never did. You just stayed “safe in the cage” as they say in prison. Except on those nights when you had a nightmare and shot out of your cage in the dark, right into a wall or mirror. I’d flick on the light and find you under the dresser or the bed, your tiny heart slamming in your chest. I’d hold you for a bit, stroke your head, the return you to the safety of your home.

It didn’t take long for me to dump the boyfriend, but that meant moving, so I packed up my few belongings, you included, borrowed a car, found a friend who would drive with me, and relocated eight hours north to Santa Cruz where I transferred to UCSC. Only I hadn’t found an apartment yet, so you and I spent a night parked on the street in the borrowed car while the friend stayed with another friend. But lucky for me, this was pre-Silicon Valley, when you could still find housing in Santa Cruz. I found a room in a duplex, and you and I moved in. The roommate was nice enough but had a mentally ill sister, with a key to our duplex, who would show up at all hours, often hallucinating on acid, which wasn’t ideal. So once again, it was time to move. This time in with two roommates, ones I’d met in an acting class, and it all seemed to be going pretty well. I kept you in my room. You stayed in your cage except for those nightmare nights. Everybody seemed to be getting along.

But alas, it was time to see my family on the East Coast. Of course I couldn’t take you with me, and so you were left in the care of my roommates. We moved your cage next to the window in the living room. You seemed okay with it. I was okay with it. Until I returned home, and my roommates told me you’d flown all over the place and screeched at them constantly. As it turned out, they didn’t realize how you meticulously plucked each seed from its hull, leaving the empty hull behind. They’d mistaken your empty seeds hulls for full seed hulls and hadn’t fed you once the whole ten days that I was gone. But somehow you survived, and I guess you forgave me, and we went back to our routine. Which was mostly you on your own, because, truth be told, I had little time for you.

Then came the girlfriend. My first. And by girlfriend, I mean my lover. It was a complicated relationship. I was just testing the waters while she, ten years my senior, was ready to settle down. She’s what we used to call, “a separatist” meaning she wanted nothing to do with men. According to her, they were all macho assholes. This confused me as she was way more macho and controlling than any boy I had ever dated. But the sex was good. Better than with any boy I’d ever been with. Plus, we were two weeks into an eight-week run of a sell-out musical written and directed by lesbians, music by none other than Chris Williamson, and that just made the whole situation that much sexier. But then the play closed, and the relationship started getting weird. She started getting even more possessive, more bossy. Then one day she brought over another budgie and stuck him in the cage with you, this one a light blue budgie she’d named Bogie for Humphrey Bogart, an odd name for a separatist to choose, I thought. Look how they like each other, she said. Look how they’re falling in love, she said. Which I never really saw. To me, you seemed indifferent to this new bird. Not me though. I had no love for Bogie. I felt manipulated, put upon, and after some thought, told her to come get her bird and go. I was done. She was so pissed she never came back for Bogie. So now I had two parakeets that I hadn’t asked for.

And that’s when I did it. That’s when I came to the realization that I had to let you go. I knew you wouldn’t make it out in the wild, so I took you and Bogie to a pet store where you were thrust in with a bunch of other budgies. I told you I was sure you’d find a new home, a better one than I could offer you, and I turned my back on you and left.

I’ve never forgotten you though, never stopped hoping that some budgie-loving person saw in you the quirky little spirit that you were. I hope that’s true.

I’m sure you’re in budgie heaven by now. From what I’ve read budgies have a lifespan of five to eight years. I hope it’s working out for you. Maybe you’ve even started to fly on those little budgie angel wings. And I’m sorry I’m not the person who you needed me to be.